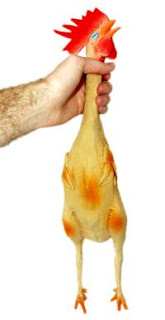 Once, not so long ago, players who battled in the Colorado College-University of Denver hockey series dodged animals, dead and alive.

These were good times, at least in the view of Cal Sandbeck.

He was blessed with a great view of the insane era of the CC-DU hockey series. He served as a tough defenseman for DU from 1974 to 1978.

On one visit to The Broadmoor Arena, Sandbeck swears he saw a black swan, greased pigs and rats tossed on the ice. All were alive. Three fights broke out, and a referee was knocked groggy trying to restore peace.

All in one night. And, yes, CC and DU somehow managed to play a hockey game amid the anarchy.

The Tigers and Pioneers tangle Friday night at DU and travel to World Arena for Saturday’s regular-season finale. Friday marks the 266th meeting in a wild, wonderful series that stretches back to 1950.

The ridiculous, borderline criminal flavor of the series is gone. Fans still shout mean, at times obscene, words, but decline to toss beasts on the ice.

“I don’t think the rivalry is quite the same,” Sandbeck said, regret in his voice.

He now enjoys a peaceful life as owner of the Dog Bar and Grill in Cuchara, nestled two hours south of Colorado Springs in the Spanish Peaks.

Yet he enjoys returning to the nights when students didn’t travel to the arena to watch a game. They came to party.

“It wasn’t so much about the hockey, but the atmosphere,” Sandbeck said. “But, oh, I loved it. The more fans were involved, the more fun it was as a player. It was just part of having fun.”

CC coach Scott Owens isn’t quite as nostalgic as Sandbeck, which makes sense. Getting hit in the shoulder by a frozen chicken can leave a mental tattoo on any man.

During the 1978-79 season, CC goaltender Owens stood in front of the net at the old DU Arena, which closely resembled a barn.

He was minding his own business, when some bright light in the DU student section tossed a chicken that crashed into Owens’ shoulder.

Owens looked around, saw a chicken with its head, another without its head and a fish with a beady eye that kept staring at him. He wasn’t even surprised by the carnage.

Just another mad night in the CC-DU series.

“It wasn’t a deal that you would throw your stick in the air and start howling,” Owens said. “There was a lot of that stuff going on.”

Owens wants to make one thing clear. He doesn’t want to see animals, dead or alive, on the ice this weekend. Still, he’s not sure he would change the past.

Owens insists he no longer seethes with hatred for all things DU. He takes care to mention his “respect” for the Pioneers.

“Respect?” Delich said, chuckling. “Oh, sure. I’m sure Scott has a distant respect for them.” He placed heavy emphasis on the word “distant.”

He clearly remembers a moment from the 1975-76 season. CC goaltender Eddie Mio was briefly knocked silly at DU by — what else? — a frozen chicken tossed from the student bleachers.

Delich helped carry a mumbling Mio to the CC bench. He skated along, dodging dead animals, listening to jeers from the crowd that supported his enemy.

He hasn’t forgotten. He never will.

“It’s that one special place,” Delich said. “I will never feel comfortable on that campus.”

For some reason, he can’t quite bring himself to make the trip.
Posted by dggoddard at 1:55 PM

To be fair, "computer science" is not programming to interfaces and compiling code. It's much bigger than that, and Ruby offers the developer a lot of flexibility that static languages like C# do not. I'm not saying one is better than the other, but they are different tools for different jobs. I don't think either is perfect.

Hi there this is kinda of off topic but I was wanting to know if blogs use
WYSIWYG editors or if you have to manually code with HTML.
I'm starting a blog soon but have no coding expertise so I wanted to get guidance from someone
with experience. Any help would be enormously appreciated!

Hello There. I found your blog using msn. This is a really well written article.
I will make sure to bookmark it and come back to read more of
your useful information. Thanks for the post. I'll certainly comeback.

Here is my page Happiness